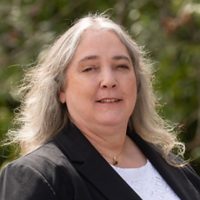 If you consume dairy products in the United States, chances are very good that your food has been made safer through work done by Dale Wallis. Dale developed the first commercially licensed coliform mastitis vaccine in 1989, and ever since has been a global leader in mastitis vaccines and so much more. She is a key innovator of vaccine products at Hygieia.

Following undergraduate education at San Francisco State University and the University of California, Berkeley, Dale received graduate training first in animal nutrition at the University of California, Davis and then in veterinary pathobiology at the University of Minnesota where she studied the biology of Campylobacter bacteria – a significant animal and human pathogen. At the UC Davis School of Veterinary Medicine, she was the first student to develop and pursue a specialty in poultry medicine. She was awarded the degree of Doctor of Veterinary Medicine in 1988. Dale was a longtime student of and collaborator with epidemiologist George B. E. West.

After graduation Dale worked in the veterinary vaccine industry where she focused initially on developing and optimizing poultry vaccines against bacterial diseases. She then learned of a technology known as “J5”, proposed for use as, among other things, a vaccine against coliform mastitis in dairy cows. Dale was the first person to successfully develop the J5 technology into a commercial vaccine. Today, J5 vaccine products that Dale has developed are widely used throughout the US as an aid in the production of safe, high quality milk products.

Throughout her career, Dale has been at the forefront of the industry, introducing novel technologies and developing first-in-the-world vaccines such as those against Staphylococcus and Streptococcus mastitis agents; a second generation J5, the first licensed vaccine against multiple strains of Campylobacter bacteria that cause sheep abortions, a vaccine against bovine footwarts, novel vaccines and chemotherapies for use against cancers, and the world’s first commercial vaccine against a venom.

Dale is an epidemiologist with a gift for understanding disease processes in a way that few other people are able, and is strongly driven by her desire to help others.